Austria's Federal Ministry of Science, Research and Economy organizes every year a national competition on Citizen Science. Mid of December 2016, the winners were awarded in the Festival Hall of the University of Vienna. The Humanitarian OpenStreetMap Team was invited to give a talk about our work, and it was an honour to spread the word about Open Data for the good.

Research with participation: Citizen Science is a set of methods in which scientific projects, which are carried out in a participative manner with interested amateurs. From 1 April to 30 September, not only school classes but also all other interested parties were able to investigate ten research projects. The questions of the research projects were particularly broad this year: How can online laboratories be used for teaching? How can the decomposition rate of organic matter in soils be measured by means of buried teabags? How widespread is the Swedish notch ant in the Ötztal? For these and other topics, the data was transmitted via apps, e-mails, questionnaires and online forms to the respective research teams. 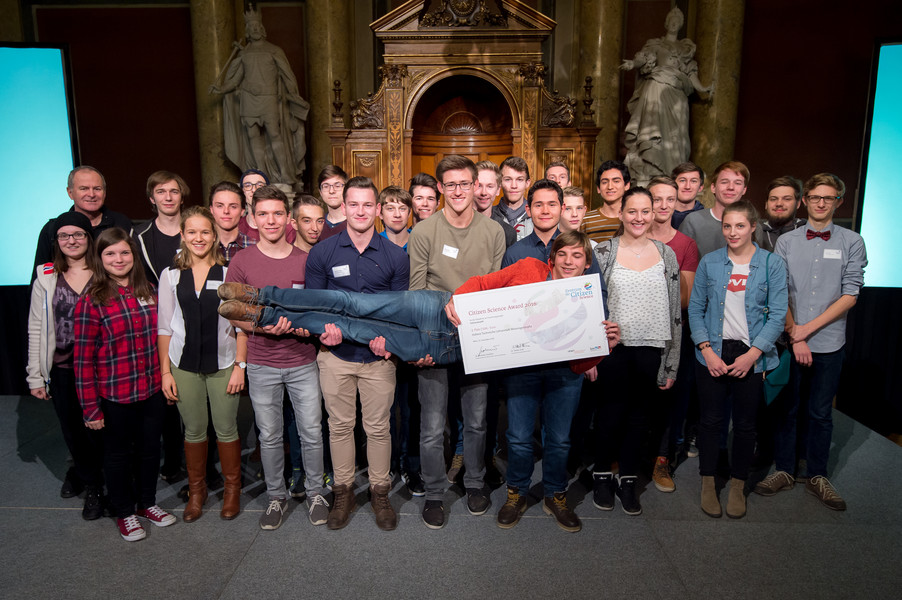 The awards went to 17 schools and 20 clubs, groups or individuals. From elementary school to HTL, all types of schools were included, as well as a kindergarten and a neighborhood garden. The award-winning schools received prize money of up to 1,500 euros per project. The individuals or groups and associations received prizes and a financial dedication, which goes to the respective research team in favor of the project. There was a special prize for the Seekirchen am Wallersee vineyard school, which convinced other people with a creative video to participate in the project Abenteuer Faltertage. In total, just over 3,300 people from all over Austria and seven other European countries took part in the Citizen Science Award 2016. 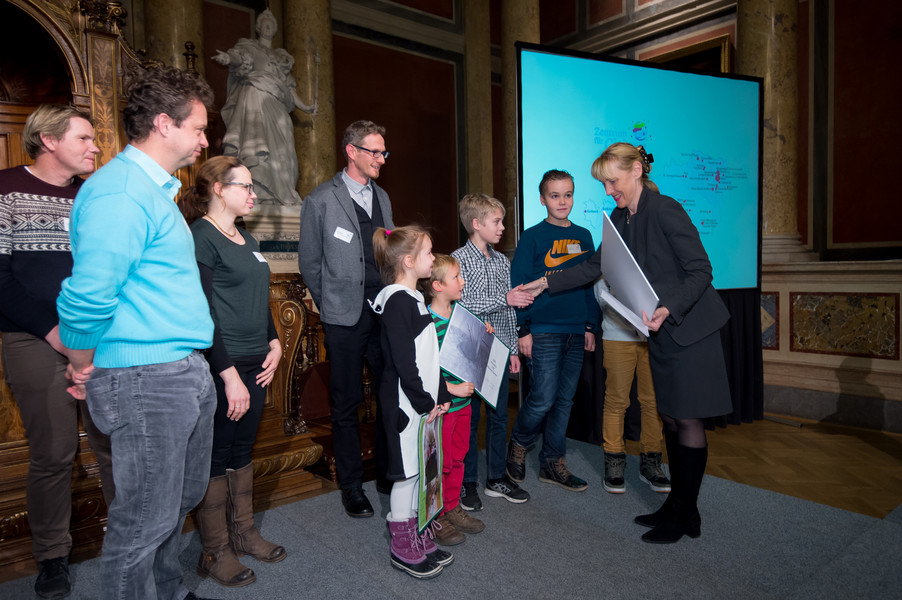 "We have to build a bridge between experts and citizens, and establish new processes for joint knowledge acquisition. Through the participation of the population, the science gets closer to the people involved, and neurishes from new unconventional views on the work. I would like to thank all distinguished individuals for their dedication to science and research. The great interest in this award shows that Citizen Science is an important topic with great potential for the future", said Science Minister Reinhold Mitterlehner.

And it is better to let others speak about oneself: the official press release refered to my keynote:

What Citizen Science has to do with Ebola and earthquakes? The important contribution that citizens can make in crisis situations through the collection of data was illustrated by Felix Delattre of the Humanitarian OpenStreetMap Team (HOT). In his talk on "Missing Maps: Participation Technologies for Disaster Relief," he showed how areas that are not on any map are recorded by volunteers. In case of disaster, help can be mobilized quickly in this way. Cartography is easy to implement from the living room sofa. For example, in the Ebola crisis in 2014 and in the earthquake in Nepal in 2015, rescue workers were specifically supported. 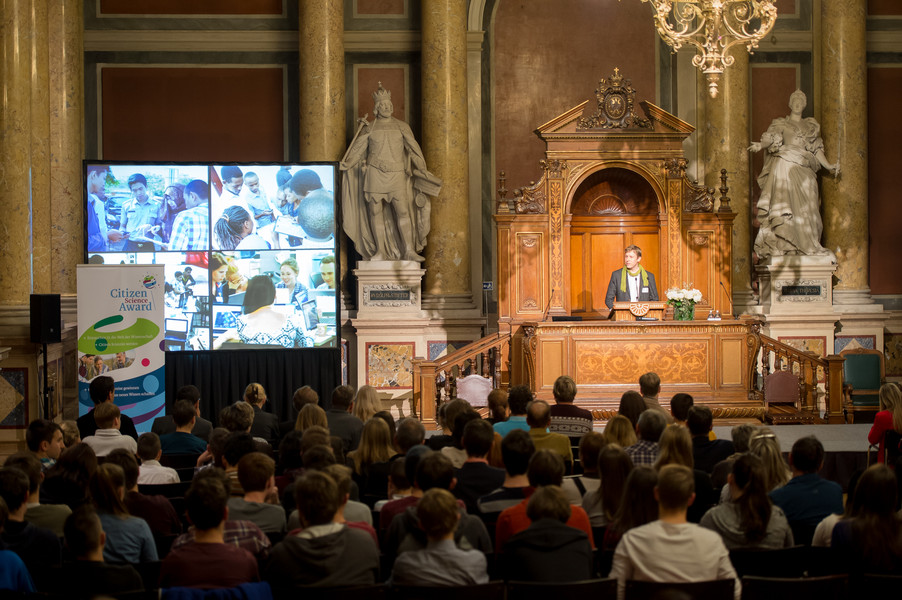