An internet of three classes 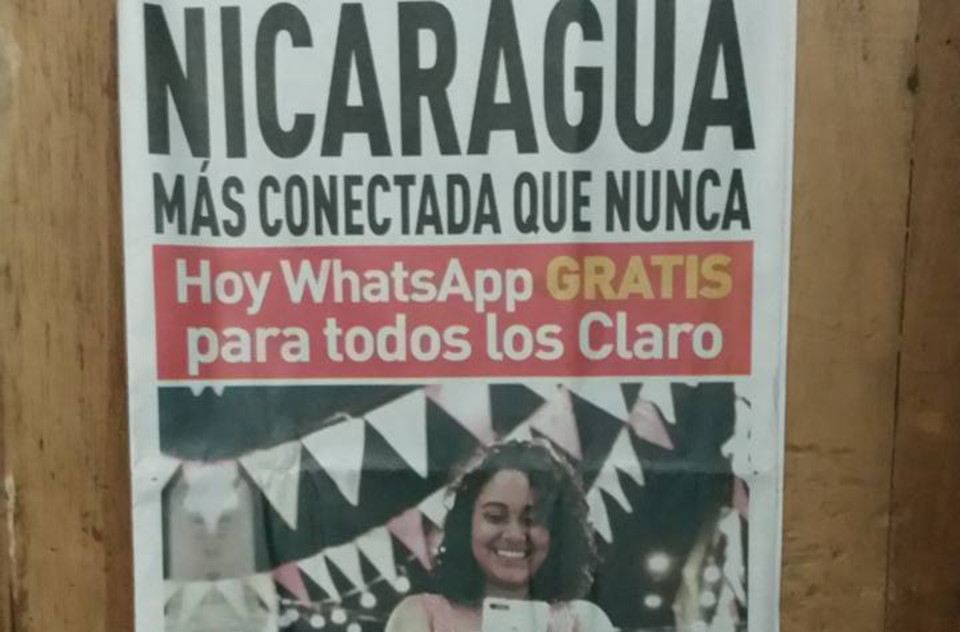 The base of a free Internet, where all information packages are treated equally without any discrimination is in danger. In Nicaragua, these developments already lead to an internet of three classes, where the poorest have least opportunities. And very remarkably, the people fall blindly into the shiny lies of the telecommunication industry.

Some weeks ago, “La Prensa” and “El Nuevo Diario”, the two largest national newspapers, gave the biggest internet provider even the entire front page, with the title “Nicaragua, more connected than ever”. The reality is, despite of being the country with least connectivity in Latin America, Nicaragua also has one of the unfairest Internets in the world: There are three different classes of internet, which provide very unequal opportunities to the population:

The first group of internet users is very small, the elite, which has a regular internet connection at home. Depending on the source, this indicates to be 3.4% (TELCOR) to 15.5% (Internet World Stats) of the population. These people can use all kind of internet services, use it for work and their own entertainment and, most important, for their personal growth.

The second group is much bigger (very difficult to measure, I would roughly estimate around 30% of the population) and has partly access to internet only. They can access the internet at their workplace, go to cyber cafés to use internet on an hourly base or connect to the publicly available wifi internet in the central parks of Nicaragua’s major cities. They use internet for communication and specific investigations for their work, university or school labours. But the use of the internet for their personal benefit is always happening under limiting pressure.

And then there are, as common as the group before, the ones, who are most discriminated and limited internet users - the poorest people with the least educational level. They get an internet cut into pieces. A lot of, so called, “offers”, are mostly prepaid packages to use certain services like Facebook, WhatsApp on daily charges on mobile phones.

These people are very far away from being soberan users of the internet. Because su interaction is limited to certain services and their communication is always controlled. Most positive effects the internet gives to the first group of people, like the possibility to inform themselves freely, the opportunity to autodidactic education and a fair and rightful access can not be expected by using only a tiny fraction of the internet.

The internet as we know it, is becoming sold in pieces which are charged differently. This is a great business for the telecommunication providers, but a clear and unnecessary limitation for the consumers and, as it can be observed in Nicaragua, directly related to wealth and opportunities.

Instead of jumping on the train of misleading promises, like the La Prensa and El Nuevo Diario did with their frontpage titling, we, all over the world, have to demand the same principles we are having in our regular live for technology! And the bases of free speech and equal opportunities without discrimination is crucial to a our modern societies. We define liberty by the freedom to move wherever we want, and this also needs to be assured for our communication and information.