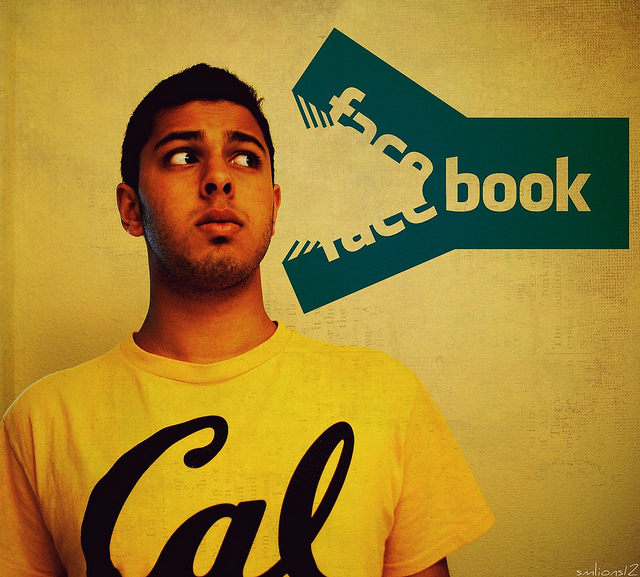 According to the Internet World Stats, Nicaragua is the second last of all countries in Latin America when it comes to Internet connectivity, after Haiti. However, 1.2 million citizens of the country are connected to Facebook, which makes this famous social network the second most successful web application on the local market, after the Google search engine.

In Nicaragua, most users use the internet mainly to communicate and entertain themselves, not so much to learn, to shop or to perform working activities. According to a study by the Center for Spanish Language Media at the University of North Texas, Latin American youths spend an average of 86 minutes on Facebook, daily. The truth is that instead of enjoying pleasurable activities like talking, meeting new people, studying, eating, dancing and spending time with our friends, we end up sharing badly written notes and amusing photos from one corner of the cyberspace with an established network of persons who we call “friends , and they, again, are also sitting behind a computer. It provides the illusion as if we were doing meaningful things and cultivating our friendships. Instead of living real life experiences, in fact, we are only managing our own virtual identity. We are connected, yes, but in a way bonded with our legs to the desk. Facebook isolates us on our devices.

Second, we must realize that in this network we as users are not the clients but the product. Facebook is a huge multinational company, formed, supported and built on the principles of “venture capital”. Therefore, it is not difficult to understand that the company’s interests are purely economic. No doubt, it’ll always make decisions in favour of the greatest possible profit.

As a company based in the United States, Facebook only has to fulfill the laws of this government. And it also cooperates intensively with the North-American institutions for intelligence and law enforcement, mostly based on the “Foreign Intelligence Surveillance Act” and the PRISM program. This implies that Nicaraguans have no technological sovereignty and can not defend their rights, supported by the national laws. Consequently, the National Police is not able to investigate using Facebook’s data, as their Northern counterparts do intensively.

It is also important to clarify that Mark Zuckerberg’s creation is not the world’s largest social network – email services are! And with good reason, because they correspond to the technical nature of the internet: a decentralized service of many entities (anyone can run or rent a mail server) communicating through predefined standards.

Facebook is actually a monopoly, and a centralized service embarks several risks: It surely is an interesting target for criminals, intelligence services and any other player with the desire for power. Recall that the company has not been very famous for its security policies. On numerous occasions, Facebook had to admit that it had committed serious mistakes. We can not be naive and cede our photos, information and data throughout our whole life to a single company. Just imagine what would happen if this powerful tool had landed in the wrong hands. I don’t even want to think what ​​Adolf Hitler would had made if he had had access to a database as complete as the one Facebook holds.

Few people know that Facebook has used photographs of users in cooperation with Microsoft, to compare with photos found throughout the internet and thus it is collecting much more information. Additionally, the users of the platform volunteer by training Facebook’s automatic face recognition software for free, when they are tagging their friends.

On Facebook, things are not as they appear. It isn’t true that people speak or share information privately with their contacts, because in fact any conversation is recorded forever. Everything can be inspected or analyzed by others. In addition, we practically give away the content we publish on Facebook (Terms of Use state that the users, at the time of publishing, are granting permission to Facebook to use the data without any restrictions). Users submit their data to Facebook, even when they know that Facebook’s policies may change at any time. It is not even possible to completely erase our own information!

Another issue: Facebook forbids the use of pseudonyms, and it doesn’t even bother people. On the contrary, nobody seems to have qualms to voluntarily provide information about their identity, who their friends are or their consumer preferences to an American business that most of us don’t know at all. And it’s not just about the information we publish actively, but also the data we aren’t even aware of, such as the geographic position through photographs taken with smart phones or ip addresses from where we checked into the website (this allows to rise movement profiles of a good amount of the world’s population).

Do you know the “like” button? As long as we see it at any website, Facebook collects information on the very page each user visits and the time the visitor remains there. All through a script and without our consent. The aims of the company aren’t transparent and you won’t have any possibility to oppose their practices in the future.