As project manager of the Humanitarian OpenStreetMap Team, Felix was partnering with Development Seed, Facebook, and Microsoft to build AI-based mapping tools to empower mappers around the world. The goal is to help volunteers to make sure their time is utilized well, and improve the quality of the map where it’s most needed. Some early Machine Learing projects around OSM have existed at that point. They largely focused on machine learning enabled computer vision, for feature extraction, such as roads and buildings, from satellite imagery.

The project was to unite the scattered efforts, easing up how ML models can be integrated in various applications, and investigate suitable and conscious user flows and applications of ML for OpenStreetMap and its community. Felix Delattre envisioned, planned and supervised the development of a centerpiece application, that integrates ML models and applications in the OSM ecosystem - the Machine Learning Enabler. It is a programming framework to include all kind of machine learning models and make them available through one consistent and defined interface (API) to other applications. In addition two different ways of using predicted data in OpenStreetMap had been developed, tested, refined and made available to the public. And in partnership with Microsoft he and his team created and published an open data set of 18 million building footprints from Uganda and Tanzania. 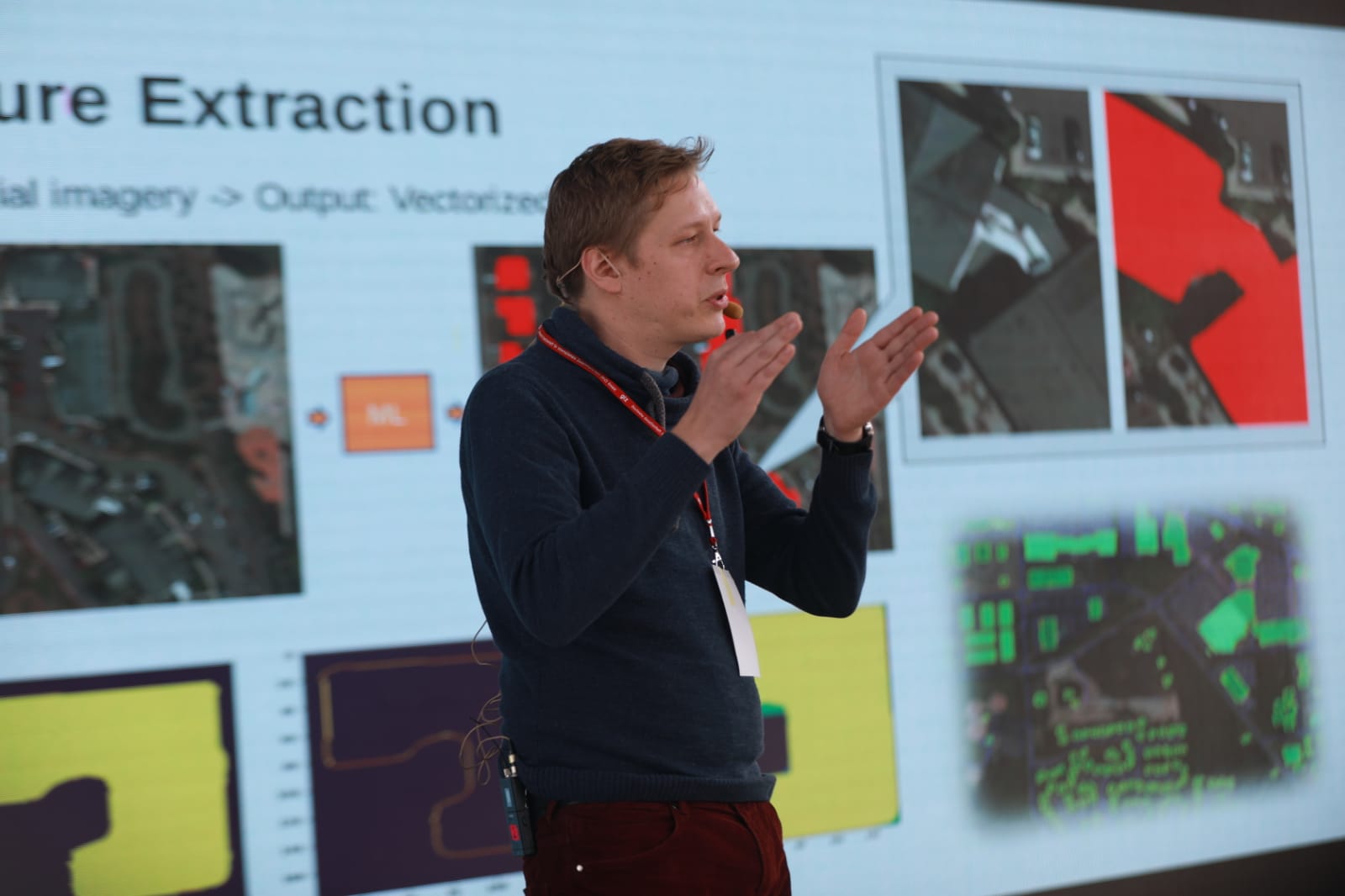 Presenting the work of the machine learing project at several conferences.

The ml-enabler is the registry for machine learning models that want to be used by Software within the OSM ecosystem, like the Tasking Manager, or any other applications. It is Open Source and an inclusive effort, where everybody is welcome to intgrate their models, or rely on it to use the ones already integrated. It supports different schematics, it can aggregate and augment data and then provides one consistent API for consumers. Three models have been initially integrated: Mirosoft Buildings, an open data set of already machine learning generated buildings in several countries of the world (US, Canada and now Tanzania and Uganda), Facebook Roads, predicted road data of almost the whole world and Looking Glass, a free Software machine learning model from the company Development Seed, that everybody can use, but also you have to train and generate the data with it yourself.

User flow 2: Using machine learning predictions to be the eye on the map, when creating projects, and to allow efficiently good sized task sizes being defined.