Jugend forscht (the youth researches) is a German youth science competition. With more than 10,000 participants annually, it is the biggest youth science and technology competition in Europe.

Polymer electrolyte membrane fuel cells are one of the most promising solutions for portable energy in times the world’s patrol capacities are limited. Storage, distribution and portability of hydrogen is an unsolved issue. Felix participated in the last two years of high school in a research project on the use of methanol as an alternative liquid fuel, solving the disadvantages of pure hydrogen.

The project consisted in building a portable oven, which converts by the use different catalysts a mixture of methanol and water, into hydrogen and and carbon-dioxide. This happens within acceptable temperatures of around 300 degrees Celsius and can be installed in an environment of movement, like a vehicle and would allow to use liquid fuel similar to gasoline by using the already existing distribution infrastructure. 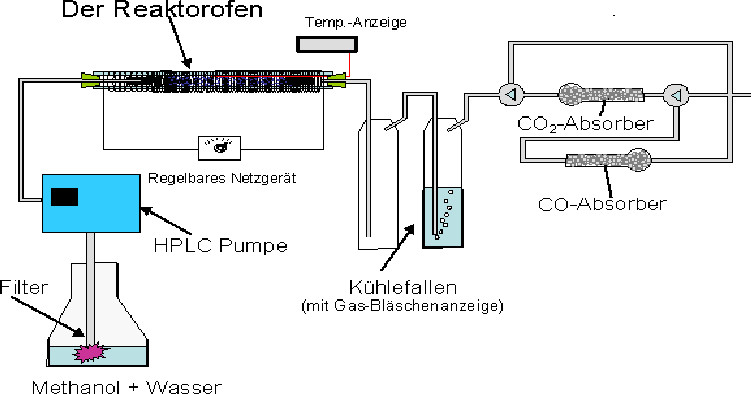