Greenpeace is a famous and world-wide operating non-governmental environmental organization. It’s German office, an NGO with over half a million members, decided to migrate all their diverse online tools to a solid Drupal only environment.

As consultant I supported erdfisch heavily on this task. We developed an internal communication platform (intranet) for Greenpeace Germany, the official website, an advanced deployment system and single sign-on authentication solution, all with Drupal. 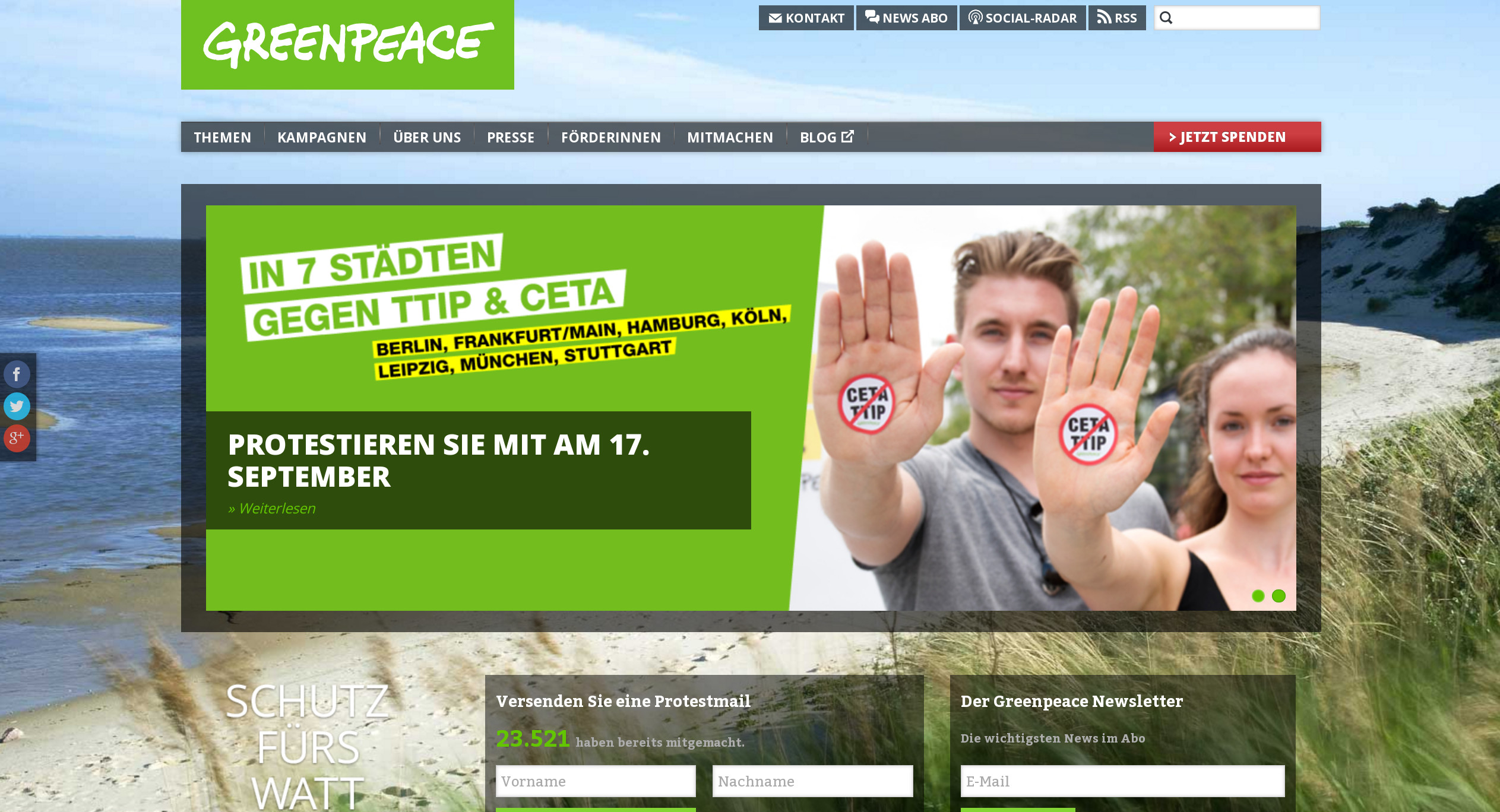 Greenpeace is described as the most visible environmental organization in the world and as a progressive NGO they rely heavily on new technologies. We helped them to get better on doing what they do: Protect the environment through communication and direct actions.

After several years of running various web systems and CMS’ such as Typo3, Wordpress, custom systems and also Drupal, the online division of Greenpeace Germany decided to switch entirely to a single underlying system for all their online projects. Of all the discussed possibilities, Drupal stood out as the framework that appeared fitting best for the demands of Greenpeace. 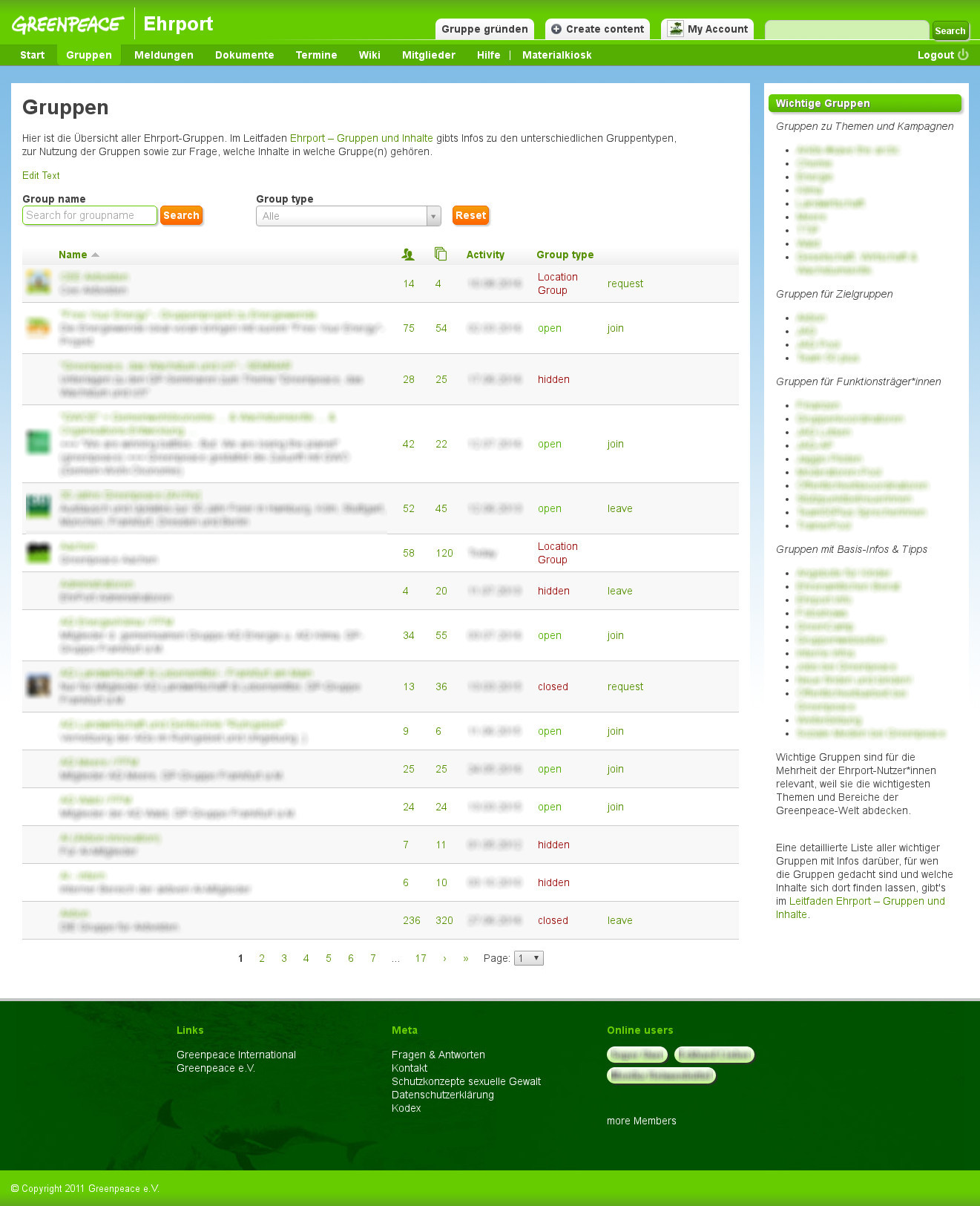 We built a powerful internal community plattform which allows German Greenpeace volunteers to share information and organize their well-known actions. It allows the greenpeace staff and volunteers to organize themselves in groups, share internal documents and dates. Security was a top priority as this is a crucial tool for them and is likely to be attacked by big players. 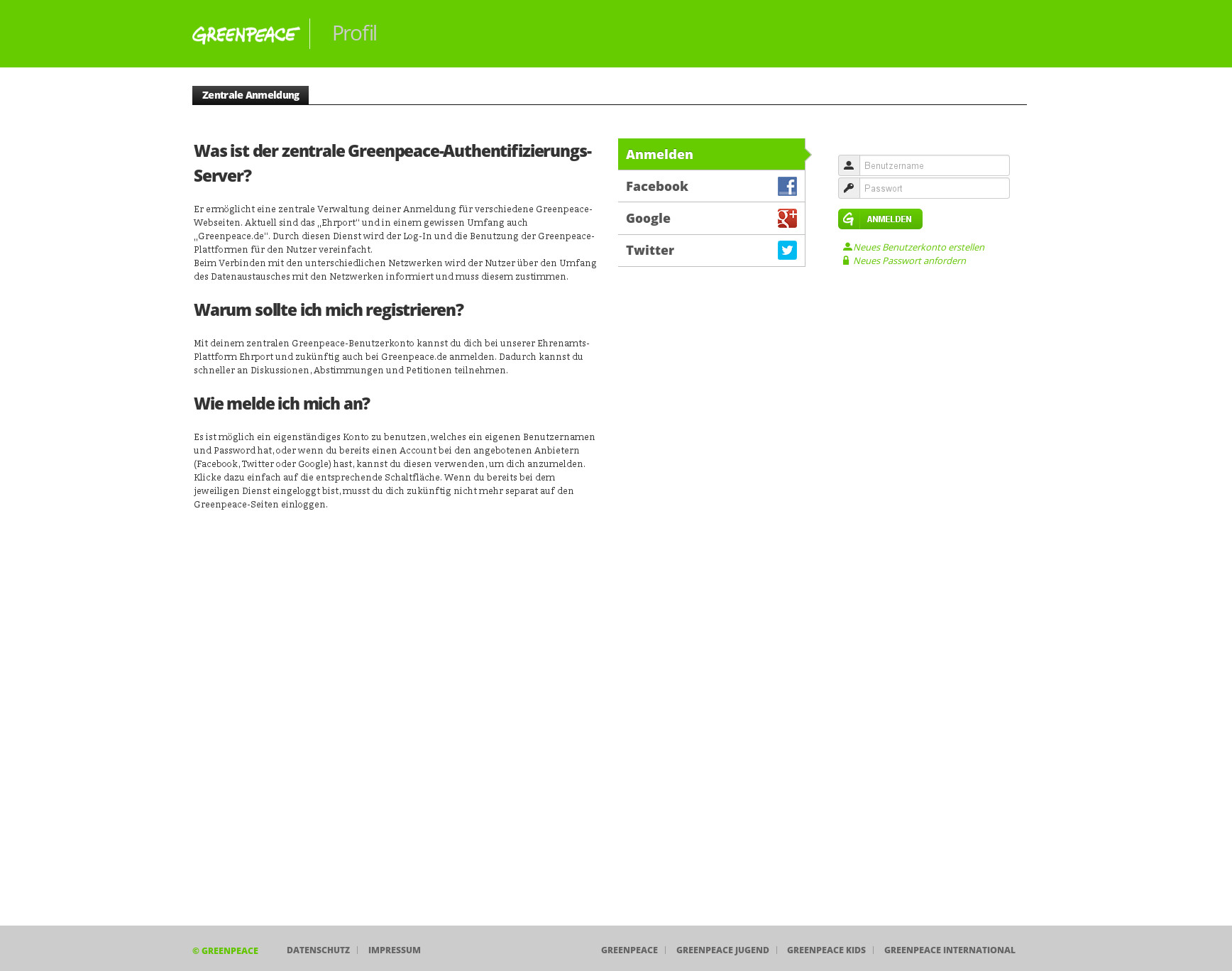 Based on my Omniauth, we created a Drupal based OpenID provider. This allows Greenpeace Germany to log into all websites in their online tool ecosystem using one account for each user. 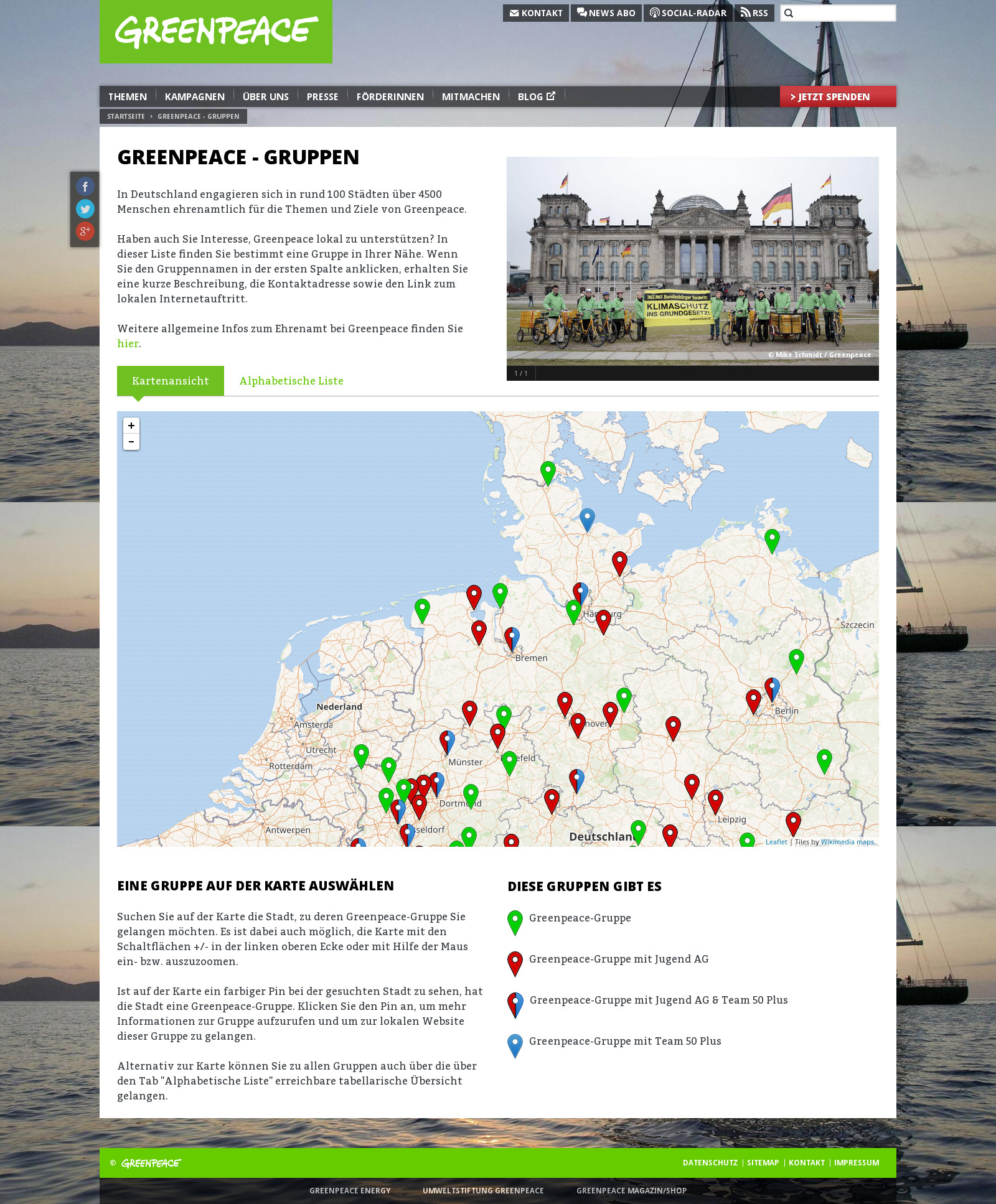 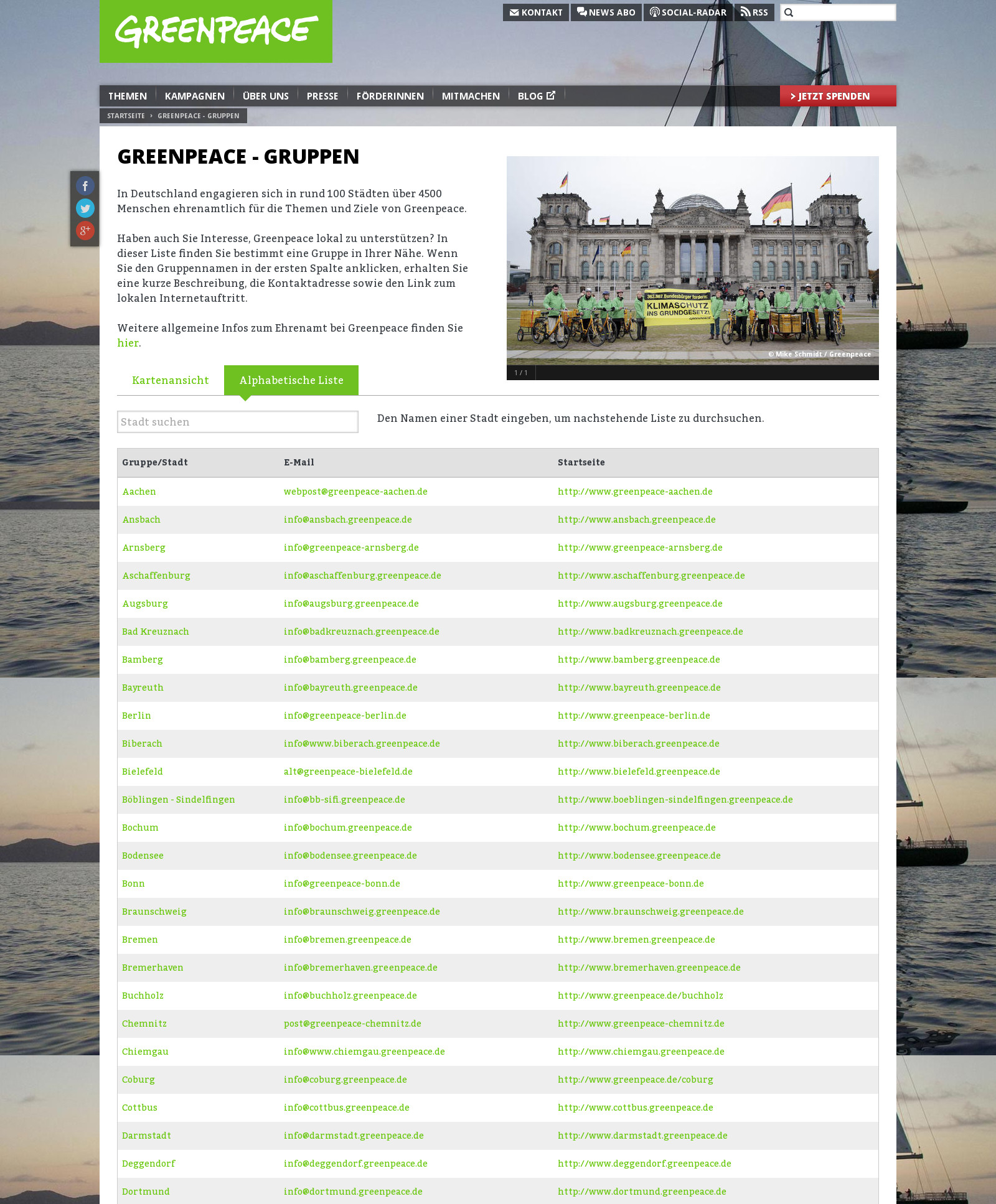 Greenpeace Germany’s local city chapters needed a simple way to roll out up websites for them. A Drupal instance (based on Aegir) was set up and customized as a perfect deployment tool, that made it possible for Greenpeace to easily create and go online with new websites for their 100+ local chapters, while the code base is managed and maintained at one single place. 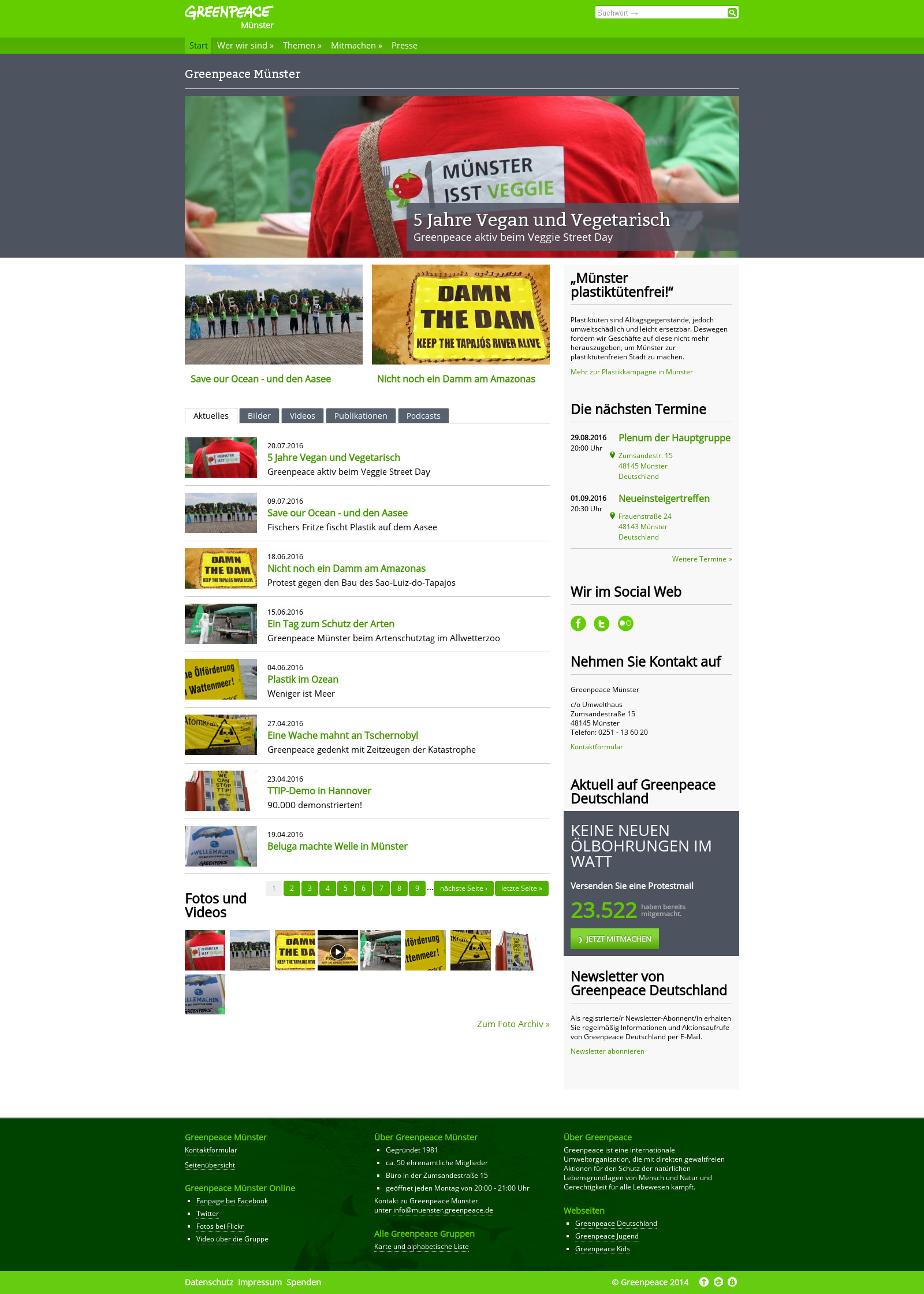 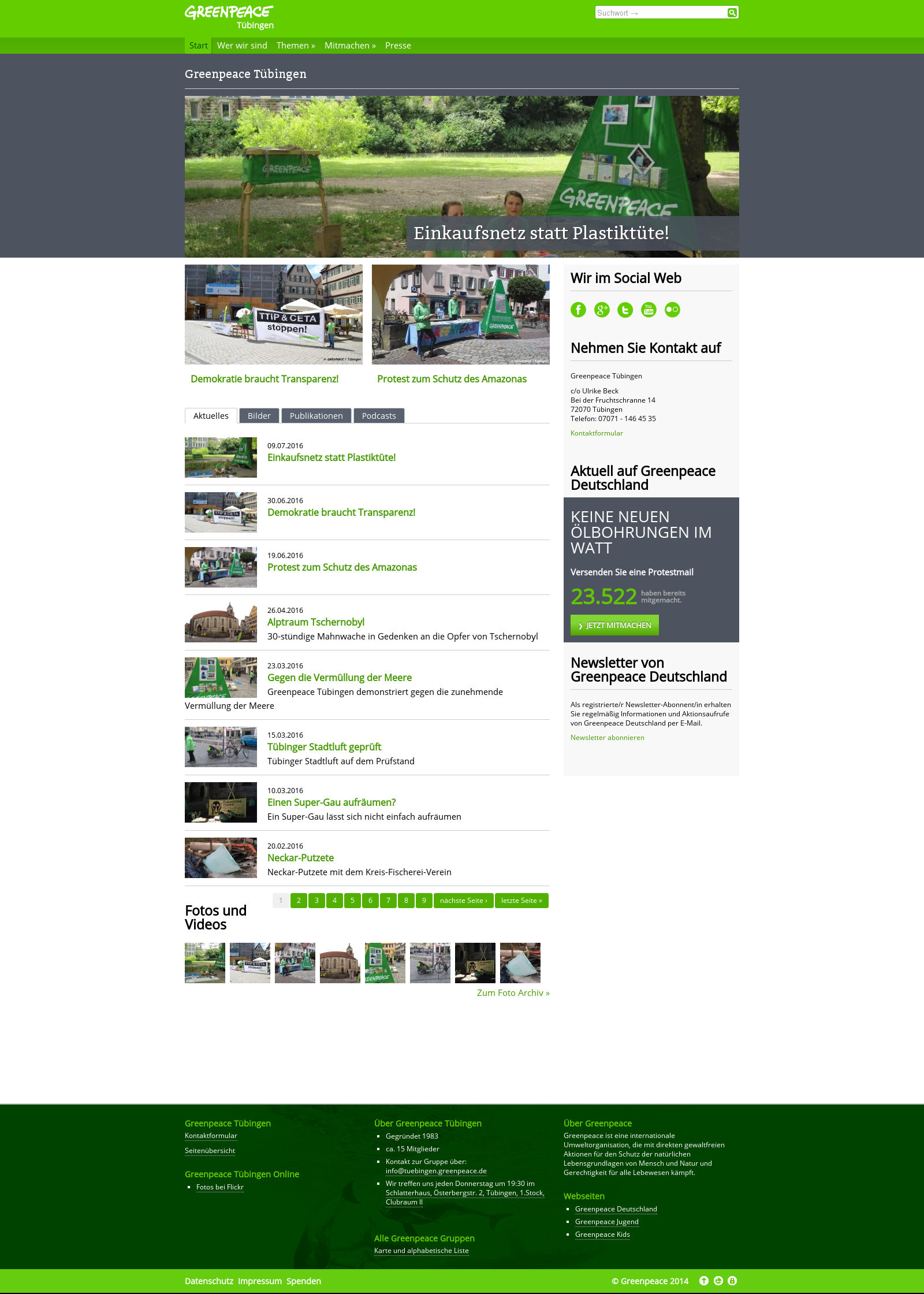 We created a Drupal based “Greenpeace Groups” distribution, which allowed local German Greenpace volunteers the possibility to introduce themselves and bring up news, events and multi-media campaigns on a website, without any hassle and asking for a technician.